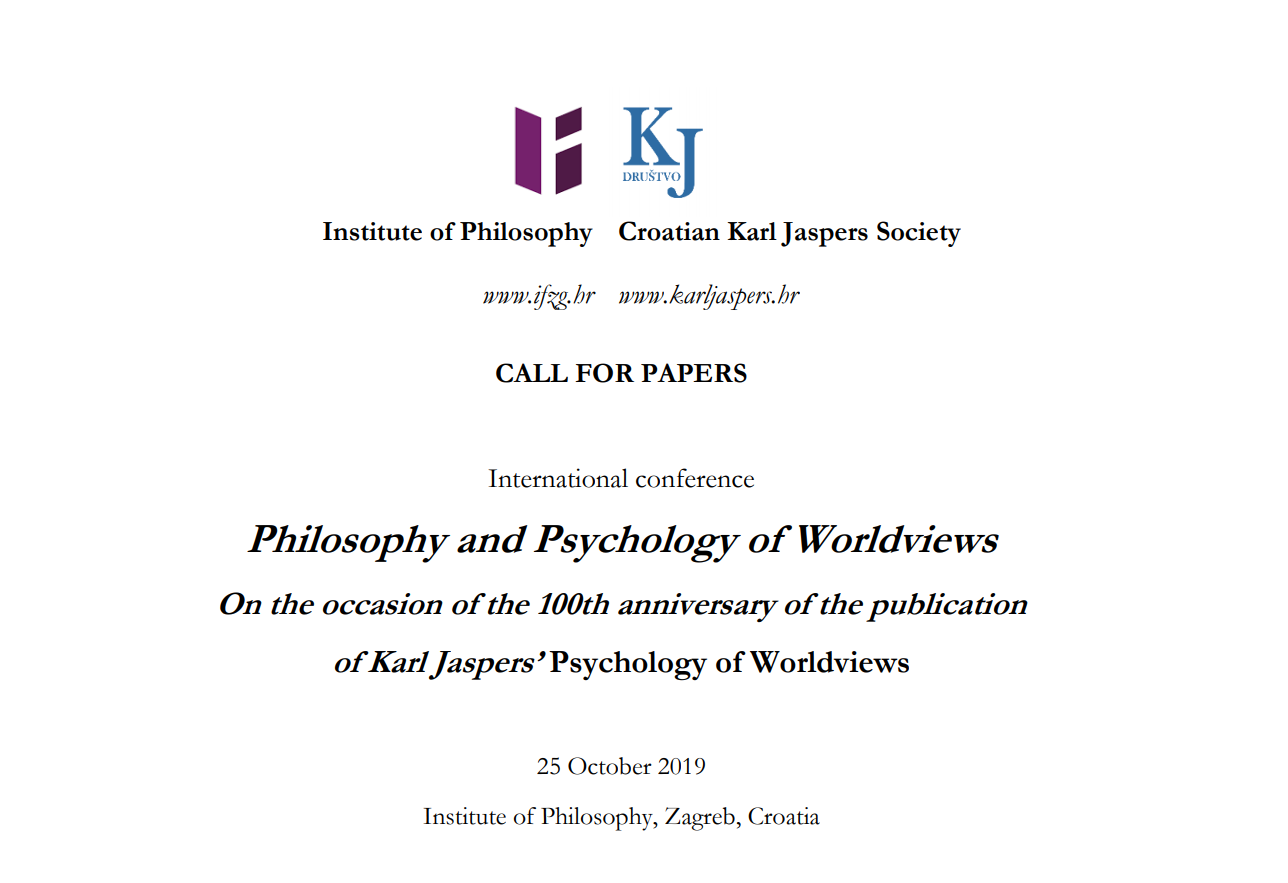 In times of multiple and coherent visions of reality, mutually dependent but often also opposed, where the highest degree of true inclusiveness can at best reach the levels of tolerance, as the consequence of a spiritual poverty of the epoch and man, the centennial anniversary of the first publication of The Psychology of Worldviews of the German existential philosopher Karl Jaspers is the right motive for a deeper speculative reflection on our times.

According to Jaspers, the critical attitude toward reality, which shapes and presents itself as an essential task of philosophical reflection, is of a descriptive character – it is placed in the neutrality of analysis and insight, and does not enter the sphere of moral judgment of a certain worldview. Inspired by the same request, in the plurality of thought and content, and in an international and transcultural dialogue, the Institute of Philosophy and the Croatian Karl Jaspers Society are organising an international gathering with a broad range of topics going beyond the usual disciplinary boundaries.

Abstract submission
Short abstracts (200-300 words) should be submitted by 1 September 2019 to hdkj@karljaspers.hr. The languages of the conference are Croatian and English. The notification of accepted/rejected abstracts will be sent by 15 September 2019.

Basic information
The conference will take place at the Institute of Philosophy (street address: Ulica grada Vukovara 54), very close to Zagreb’s central square, which is easily reachable from various parts of the city by foot, bus or tram.

Attendance is free for all, i.e. there is no registration fee, but travel costs, lodging, and meals are not covered. There are many hotels, hostels, and private apartments in Zagreb available at moderate prices, and also plenty of restaurants, pizzerias, snack-bars, and bakeries in the immediate vicinity of the Institute, as well as throughout the entire city of Zagreb.
Feel free to contact us by sending an e-mail to hdkj@karljaspers.hr for any further information.